In a cabinet reshuffle yesterday, the President of Algeria appointed  new ministers of Energy, Finance, and Mines. 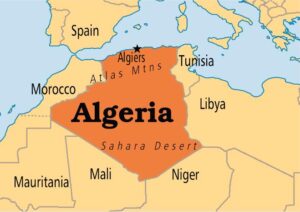 After years of lower income generation due to the fall in oil price in 2014, a higher consumption of oil domestically, and more competition for its LNG in the European market which has led to several years of budget deficit, the COVID-19 pandemic and the further drastic drop in oil prices have hit the economy of the North-African country hard.

The Algerian government continues to explore the best possible ways to reposition the Nation to attract foreign investments to revive its ageing oilfields and to explore new fields to increase its rate of production. It is also working on balancing the country’s economy as it adapts to the new normal of fierce competition in the market, and awaits the complete stabilisation of the global oil market. There is a huge amount of unexplored energy resources in Algeria.

Algeria currently holds the Chairmanship mantle of the Executive Board of the African Petroleum Producers’ Organization (APPO).

In what looks to have been Mohamed Arkab’s last presentation to the Algerian parliament as Minister of Energy, he disclosed to the Finance and Budget Committee of the parliament that the country was holding talks with its North African neighbour, Libya, on the resumption of the suspended oil exploration activities for several years.

According to Egypt's petroleum ministry, Eni, the Italian oil and gas giant, made three (3) oil and gas discoveries in ...
31st August 2021

Algeria will no longer transport natural gas to Spain via the Maghreb-Europe Gas Pipeline (MEG), which runs overground through Morocco. ...
2nd July 2021

During a press conference to present Algeria's national hydrocarbons company, Sonatrach’s results for 2020 and the first five months of ...
30th June 2021

Sonatrach, the Algerian state-owned oil company, and Pertamina, its Indonesian partner, have signed a Memorandum of Understanding (MoU) to maintain ...