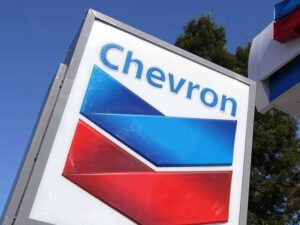 Chevron Nigeria Limited (CNL) has announced the appointment of Mr Richard Kennedy as the new Chairman and Managing Director of the oil company effective from the 1st of November 2020.

He replaces Jeffrey Ewing, the erstwhile Chairman and Managing Director who has moved into a new role outside Nigeria in Chevron’s Middle East, Africa and South America region.

Before his appointment, the new MD was Director, Deepwater and Production Sharing Contracts at Chevron Nigeria Limited. He also occupied several technical and leadership positions of increasing responsibility at the company. During this period, he has lived in worked in Canada, Indonesia, The Partitioned Zone, Nigeria and the United States.

In a statement by the General Manager, Policy, Government and Public Affairs, CNL, Esimaje Brikinn, he said the new MD got a bachelor’s degree in Petroleum Engineering from Texas A&M University in 1984 and joined the company the same year as a Production/Reservoir Engineer.

According to Mike Wirth, CEO of Chevron, record-high fuel costs in many nations may weaken public support for a green ...
31st January 2022

Chevron (NYSE: CVX) had a record-high free cash flow and its strongest annual earnings since 2014, thanks to rising oil ...
8th October 2021

The Iraqi oil ministry said in a statement on Monday that the Ministerial Energy Council has approved talks with Chevron ...
18th September 2021

The world is facing high energy prices for the foreseeable future as oil and natural gas producers resist the urge ...