Following approval from the President of Zimbabwe, H.E. Emmerson Mnangagwa, the Petroleum Exploration Development and Production Agreement (PEDPA) between Invictus Energy’s 80% owned subsidiary, Geo Associates, and the Republic of Zimbabwe has been executed.

The agreement was signed at the State House in Harare, Zimbabwe, on Friday, 26th March 2021, on behalf of the government, by the Minister of Mines and Mining Development, Winston Chitando.

The PEDPA is for the progression of the Cabora Bassa Project through the exploration, appraisal, development and production phases, the obligations and rights of each party, the minimum work program obligations to maintain the licence in good standing, and the security of tenure for the project duration. 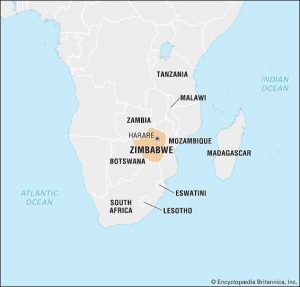 The Agreement allows the license holder to enter into a 25-year production licence following the exploration periods, which Invictus is currently in the 2nd period.

The PEDPA also provides for Special Economic Zone (SEZ) status for the Cabora Bassa Project which will facilitate a host of fiscal and non–fiscal incentives over the life of the project including legal and fiscal stability, offshore banking, zero capital gains tax, tax holiday periods and 15% corporate rate thereafter.

The Cabora Bassa Project encompasses the Mzarabani Prospect, a multi-TCF and liquids rich conventional gas-condensate target, which is potentially the largest, undrilled seismically defined structure onshore Africa. The prospect is defined by a robust dataset acquired by Mobil in the early 1990s that includes seismic, gravity, aeromagnetic and geochemical data.

Commenting on the signed agreement:

The President of Zimbabwe said: “The signing of the (PEDPA) agreement represents major strides in our efforts to tap into our oil and gas deposits, which is a new territory in the country’s mining sector.”

The Vice President, Constantino Chiwenga, said: “The exploration and development of oil and gas resources is a game–changer in making the Zimbabwe energy sector self–sufficient which is key in realising our national vision.”

The Minister for Mines and Mining Development said: “…Should these (oil & gas test) wells be successful, as we hope, Zimbabwe will, by this time next year, be a producer of oil.”

The Managing Director of Invictus, Scott Macmillan, said: “We are extremely pleased to have executed the PEDPA with the Republic in Zimbabwe following extensive negotiation and collaboration with the various Ministries, government bodies and the Zimbabwe Investment Development Authority (ZIDA). We are grateful for the collaborative and constructive efforts by the Government to put the PEDPA in place which provides a robust framework to facilitate long term investment into the oil and gas sector with confidence.”

The Non–Executive Director of Invictus’ local subsidiary and Chairman of Mangwana Capital (shareholder of Invictus) representing the Company at the signing ceremony, Joe Mutizwa, said: “The significant investment committed to by Invictus in our oil and exploration program has been made possible by the conducive investment environment and significant reforms put in place by the Second Republic. The Government should be commended for putting in place a robust investment framework to govern the oil and gas sector and demonstrates that ‘Zimbabwe is Open for Business.” 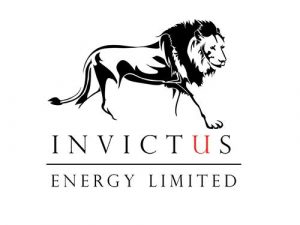