Indonesian state-owned energy company, PERTAMINA, announced it has completed the drilling of 12 new oil wells in the middle of the Sahara Desert in Algeria.

This is the energy giant’s first development project outside the Indonesian territory. On March 17th 2020, the firm’s subsidiary, PERTAMINA International Exploration Production (PIEP), finished the drilling of its 12th well in the Menzel Lejmat North (MLN) field in Block 405a.

PIEP targeted $14 million to drill each well but was able to cut costs and spend between $8.5 million and $10 million per well, resulting in an estimated budget saving of about $100 million. It also slashed the duration of the drilling from the projected 55 days per will to 35 to 45 days per well.

In a statement released by PIEP on Saturday, 29th August 2020, the President of PIEP, John Anis, lauded the feat achieved by the company and expressed the company’s confidence in doing business oversea. He said, “This proves PIEP has the capacity and the skills to operate overseas.”

PERTAMINA’s oil and gas production grew 1.4% year-on-year to 919 million barrels of oil equivalent per day in the first quarter of 2020. This is largely attributed to the company’s foreign operations, particularly in Algeria. Algeria is expected to boost the company’s upstream business which is the largest contributor to the company’s profits.

The company also has assets in other African countries such as Nigeria and Tanzania, and the Asian country, Malaysia. 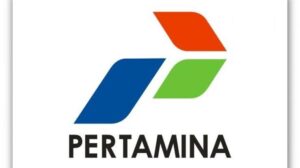 PERTAMINA commenced operation on the MLN field after it took over from ConocoPhillips between 2012 and 2013 after the US-based company carried out an asset disposal program. The output of the block reached 11,000 barrels of oil equivalent in 2012.

After unsuccessful attempts to acquire Madrid-based Repsol’s 35% share in the field, PERTAMINA currently holds a 65% interest in the field.

Italy is currently in talks with Libya and Algeria about how to mobilise and develop renewable energy resources. The European ...
10th January 2022

Algeria’s Sonatrach to Return to Libya After Eight years

Eni and Snam Collaborates on Gas Pipelines between Algeria and Italy

Eni, an Italian multinational oil and gas company, has agreed to sell 49.9% of its stake in subsidiaries operating two ...
28th October 2021

According to Egypt's petroleum ministry, Eni, the Italian oil and gas giant, made three (3) oil and gas discoveries in ...