The construction of Uganda’s refinery has been postponed once again and cannot start until at least 2025.

The push in the Final Investment Decision (FID) on the basin-wide upstream oil development is the latest reason for the delay. This will only be agreed upon by earliest, 2021.

The FID was expected to be reached by September 2020 and the project was to be completed in three years, but this new development has changed the projections for the completion.

The refinery is expected to have a 60,000 barrels per day refining capacity and is estimated to cost between $3 billion to $4 billion.

The upstream project involves the daily production of 230,000 barrels of oil at the peak, pumped into a 1,445-kilometre pipeline from Hoima in Uganda to the Tanzanian port in Tanga. The project has always been dependent on the certainty of the upstream project.

Both companies have been requesting the Ugandan government to channel all the available crude once the project reaches first oil to the export pipeline, the East-African Crude Oil Pipeline (EACOP), for the first three years before allocating the refinery share of the crude.

Crude reserves have been discovered in the country for over a decade but oil production plans have always met a deadlock with field operators over taxes and other matters. A lack of a refinery has also made the East African country a frequent oil importer to meet its growing oil demand. 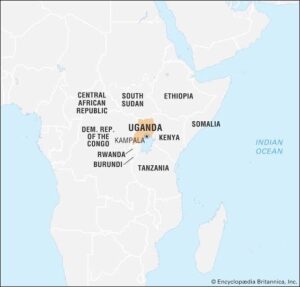 The Ugandan Minister of Energy and Mineral Development, Dr Mary Goretti Kitutu, has confirmed that the construction of the 1,445-kilometre ...
21st October 2020

According to The EastAfrican, the second round of bids for Uganda's oil licensing round that expired at the end of ...
7th August 2020

In 2019, the Ministry of Energy and Mineral Resources of the Republic of Uganda announced the bidding round for the ...