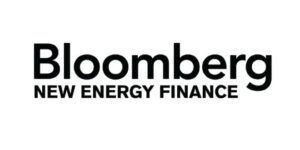 According to a report by BloombergNEF, solar and wind power plants accounted for 67% of new capacity put in place with 118 gigawatts in 2019.

The “Power Transition Trends 2020” report dated 1st September 2020 revealed Photovolatics alone accounted for 45% of the power plants built worldwide with 118 GW installed. It was the first choice in a third of the 138 countries in the report, including India, Italy, Australia, Namibia, the United States of America, Chile and a host of others.

The global capacity of solar power plants installed worldwide is currently 651 GW. This makes it the fourth largest energy source in the world, ahead of wind with 644 GW and behind coal with 2,089 GW, gas with 1,812 GW and hydropower with 1,160 GW. Solar also provided 2.7% of the total energy consumed in the world in 2019 compared to 0.16% a decade ago.

An analyst at BNEF and lead author of the report, Luiza Demôro said “The sharp decline in the costs of solar equipment, primarily solar modules, has made this technology widely available to businesses and networks. Photovoltaics are now ubiquitous and a global phenomenon.”

The manager America at BNEF, Ethan Zindler said, “Richer countries are quickly getting rid of old and inefficient coal-fired power plants, because these cannot compete with new renewable or gas projects. But in less developed nations, particularly in South and Southeast Asia, newer, more efficient coal-fired power plants are coming into operation, often with financial support from Japanese or Chinese creditors.”

Total Kenya has connected one-hundred-and-seven (107) of its service stations to solar energy, which confirms the subsidiary of the French ...
8th November 2020

The Eswatini Civil Aviation Authority (ESWACAA) has launched a call for expressions of interest for the construction of an 850-kW ...
28th October 2020

The President of the Republic of Ghana, Nana Addo Dankwa Akufo-Addo commissioned a 6.5-megawatt solar power plant in Lawra in ...