Somalia has set up the Somali Petroleum Authority, tasked with the regulation of the development of the oil sector as the country opens its first-ever licensing rounds.

The country launched its first-ever licensing round in May. The Somalian Ministry of Petroleum announced yesterday August 4, 2020, that the submission of bids by interested companies in its offshore oil blocks can now be done from the date of announcement until March 12, 2021, for the seven blocks.

The blocks on offer were initially 15 with an estimated resource potential of 30 billion barrels by a geophysical firm, TGS, which is conducting seismic data tests on the licenses. The number was reduced due to the collapse of oil prices globally as oil companies began cutting back their upstream projects.

The Chairman, Ibrahim Ali Hussein said the objective of the SPA “is to ensure that the fiscal and regulatory regime is internationally competitive to attract investment while delivering an equitable proportion of any future revenues to the Somali people.”

The seven blocks currently on offer are Blocks 152, 153, 164, 165, 177, 178 and 204. This round of Somalian fields is ongoing at a time when almost every upstream-related activity in countries all over the world are being put on hold due to the COVID-19 pandemic and the drop in demand and supply of oil globally.

Somalia is one of the last frontier areas for exploration globally. It continues to step up efforts in reviving the oil sector and attract oil investment.

Oil exploration began in the country in the 1950s, with Shell, ExxonMobil, Eni and Chevron owning some of the blocks. In March, the Somalian Ministry of Petroleum agreed to an initial roadmap with Shell and ExxonMobil paving way for their return after their activities were earlier suspended. Both companies had a joint venture in the country that they hope to continue working on soon. 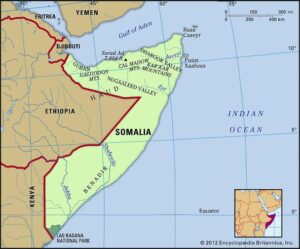 Affiliates of Exxon Mobil Corporation (ExxonMobil) and Royal Vopak (Vopak) have signed a Memorandum of Understanding (MoU) to work on ...
2nd January 2021

Equatorial Guinea Projects $1.1 billion FDI into the Oil and Gas Sector in 2021

The Ministry of Mines and Hydrocarbons Equatorial Guinea has announced the details of the 2021 Work and Budget Program for ...
10th October 2020