The Tanzania Electric Supply Company Limited (TANESCO) has awarded the consultancy contracts for the 222MW Rumakali and 358 Ruhudji Hydropower and transmission lines projects to Multiconsult.

The Engineering consultancy firm is to undertake the feasibility studies, prepare the tender documents and the conceptual design, as well as the environmental and social impact assessment studies for the two projects and corresponding transmission lines.

The Rumakali and Rhuhudji projects share the same location in the Njombe region and have the capacity to double the total installed hydropower capacity in Tanzania from 562MW to 1.143MW.

Hilde Gillebo, the Executive Vice President Energy of Multiconsult said the company is delighted to be a part of this remarkable project in Tanzania. The project is targeted at meeting the growing demand for electricity in Tanzania.

He said, “Despite a huge hydropower and solar potential, only an estimated 36.6% of the population in Tanzania currently has access to electricity. The Tanzania government has set aggressive electrification targets, aiming to achieve 75% electrification by 2035.” 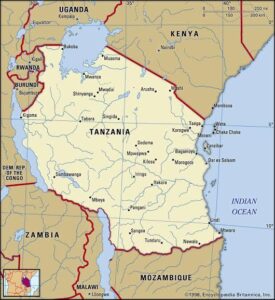 Gas and hydropower are significant sources of power in the country. It boasts of a capacity of 1,521 MW but only 60% of this power is mostly available as it mostly depends on hydroelectric plants.

According to Wikipedia,  24% of urban areas in the country have access to electricity while only 7% of rural areas do and about 65% of the country’s population lives in rural areas. Also, only about 20% of the Tanzanians are on the electrical grid.

This project by TANESCO is a step in the right direction to provide for more power to reach more Tanzanians citizens. Frequent power outages is a general problem for African countries which is not supposed to be, but with efforts such as this and the adoption of renewable energies by some African countries projects better days ahead for the electricity sector of the continent.