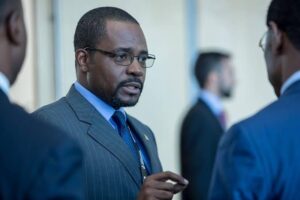 The Minister explained why the refinery has been delayed. He said, “The scenario of equipping the country with its own refinery had not yet been handled since the exploitation of hydrocarbons began, due to viability issues, costs and the financing involved.”

According to Obiang Lima, Equatorial Guinea will have a percentage of participation estimated at 20%, while the remaining 80% would be distributed in private sector investment companies.

ABOUT THE PUNTA EUROPA REFINERY

Taking into account the strategic role of the national economy, for the mining department, the start-up of the refinery is the avoidance of stock breaks and the supply of refined products to local consumers.

The technical feasibility study of the project shall consist of two (2) phases. The first phase is the installation of a CDU unit and its auxiliary equipment will be carried out within 20 to 24 months. In the second phase, the gasoline production reformer will be installed within 30 to 36 months.

The raw materials to be used in the facilities will be the condensate produced in the Alba and Alén fields. This is expected to produce up to five crude derivatives including gasoline, kerosene, diesel, Jet Fuel and the Naptha in light and heavy state. This will be carried out by VFUELS OIL & GAS COMPANY.

Marathon GE and the Ministry of Mines, the technicians of the company project two scenarios will be implemented for the project:

The price of the condensate is projected at $55 per barrel which is a discount from Brent, although it is not yet known if the current price of fuel in the country will be reduced considering the country will have to stop incentivising the price as it does now.

The project is expected to bring a permanent end to issue of fuel shortage, especially gasoline, since the domestic market is the main target. But the possibility of exporting surplus abroad [if any] has not been ruled out. 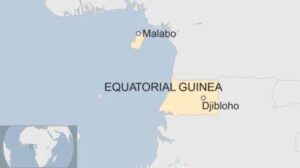 A Chevron Company, Noble Energy ED Limited, has achieved the first gas flow from the safe and successful execution of ...
24th February 2021

TDI-Brooks International has completed a geophysical and geotechnical (G&G) campaign for Trident Equatorial Guinea, in the Elon field, off the ...