The National Oil Corporation of Libya recorded $1.796 billion in monthly revenue from oil and related product sales in September, in a business record which is as a result of the recent oil price increase. 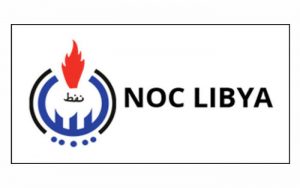 Despite a difficult political scenario that has harmed its oil sector; the North African country has managed to increase production to almost 1 million barrels per day. The recent political squabble stemmed from a feud between the NOC and the new administration, which resulted in Mustafa Sanalla, the NOC Chairman, being suspended twice.

According to a Reuters’ article, the most recent suspension occurred last week, citing the Libyan oil minister as claiming that the suspension was based on suspicions of administrative crimes, including “non-compliance with procedures and controls for obtaining prior permission when undertaking an official mission.”

Commenting on the revenues in the official release, the Chairman of the NOC said: “Everyone is happy. Production rates are wonderful, and the price boom is an important and encouraging sign. We expect a significant reduction in the deficit that the public budget has suffered for the last years, and we are optimistic that financial stability will contribute to creating an investment environment, especially in the infrastructure of the national oil sector.”

“We will not allow for this role to regress or for NOC’s image to be distorted in the world. We adhere to the directives made by His Excellency the Prime Minister, which concluded the importance of cooperation and integration without overstepping one side on the expense of the other and predominating the public interest without selectivity or personalization of public affairs.”

The oilfields in Libya, which are currently closed due to force majeure, could reopen in days. This was made known ...
18th March 2022

Italy is currently in talks with Libya and Algeria about how to mobilise and develop renewable energy resources. The European ...
10th February 2022

BP to Resume Oil and Gas Exploration Activities in Libya

BP, the UK's largest oil and gas company, has decided to resume oil and gas exploration in Libya. The decision ...
12th January 2022