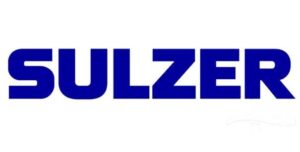 Swiss industrial engineering and manufacturing firm, Sulzer Chemtech, has been announced to be the sole supplier of column internals, packings, and trays for the Dangote Integrated oil refinery and petrochemical complex.

Speaking on the selection, the Sales Director at Sulzer Chemtech Middle East, Ramann Sundaresan said “Sulzer is proud to be playing a key role in bringing this refinery to life and supporting Dangote Refinery’s needs. The company chose us based on our global capabilities, our expertise in mass transfer technology and our commitment to exceed expectations. In particular, as the requirements of the project changed, our highly responsive teams were able to redesign the internals to suit increased capacity without expanding the equipment footprint. By means of multiple rounds of design checks, engineering studies, discussions with licensors etc., we ensured Dangote Refinery that the most suitable and advanced internals would be utilised. We look forward to providing further technical support throughout the project.” 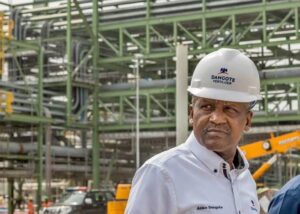 The group of the continent’s richest man, Aliko Dangote, Dangote Group, is building a grassroots refinery complex intended to process 650,000 barrels per day of crude oil. The plant is located in Lekki Free Trade Zone, outside Nigeria’s business hub, Lagos.

The completion of the refinery is scheduled for 2020 with operations scheduled to commence by the end of 2022. The refinery is estimated to be a $12 billion investment, and upon completion, it is expected to be Africa’s biggest oil refinery and the world’s single-train facility.

It will have several processing units with over 65 columns that will require over 15 static mixers. The units are residue fluid catalytic cracker, mild hydrocracker, alkylation, naphtha hydrofining and continuous catalytic reforming units for the production of gasoline, diesel, jet fuel and polypropylene.

According to Nigeria's Minister of State for Petroleum Resources, Timipre Sylva, the Federal Government has authorised the state-owned oil corporation, ...
31st May 2021

NNPC to Purchase a 20% stake in Dangote Refinery; Says Nigeria has a Market for Hydrocarbons

Dangote Group has announced that refined petroleum products from its 650,000 per day refinery under construction will be in the ...