The International Energy Agency (IEA) stated on Wednesday in its initial outlook for 2023 that oil demand growth will accelerate next year, with world demand averaging a record 101.6 million barrels per day (bpd) and exceeding pre-COVID levels. 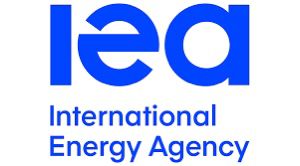 The agency also stated that by 2023, global oil supply may struggle to keep up with demand, as sanctions against Russia, which are set to take effect at the end of this year, will cut even more supply.

According to the agency, non-OPEC+ producers will drive output increases through the end of next year, while OPEC+ supply may decline due to full-force embargoes on Russian oil in the West and producers outside the Middle East struggling to increase output.

The OPEC+ group is planning to reverse all of the record cuts it made at the start of the pandemic, but this will reduce the global spare capacity cushion, according to the IEA. According to the agency’s estimates, refining capacity will increase by 1 million bpd this year and 1.6 million bpd next year after falling by 3 million bpd since COVID.

“While higher prices and a weaker economic outlook are moderating consumption increases, a resurgent China will drive gains next year, with growth accelerating from 1.8 mb/d in 2022 to 2.2 mb/d in 2023.”

“Global oil supply may struggle to keep pace with demand next year, as tighter sanctions force Russia to shut in more wells and a number of producers bump up against capacity constraints.”

“Nevertheless, product markets are expected to remain tight, with a particular concern for diesel and kerosene supplies.”

“OECD industry stocks of middle distillates have fallen by 25% since January 2021 to their lowest levels since 2004. That very limited cushion is driving middle distillates prices to record highs, with a knock on effect for other products which could cause more pain at the pump just as pent-up demand is unleashed during the peak driving and summer cooling season.”

According to the International Energy Agency, which raised its oil price forecasts for 2021 and 2022, Brent Crude prices are ...
19th October 2021

The International Energy Agency warns that global energy market volatility and price increases will continue without a significant increase in ...
14th October 2021

Fatih Birol, the head of the International Energy Agency, told the Financial Times that if the world is to fulfil ...