According to Russian Deputy Prime Minister Alexander Novak, Russia’s participation in the OPEC+ oil output pact could continue even after it officially expires at the end of this year. 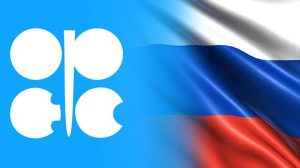 Novak met with Saudi Arabia’s Energy Minister, Prince Abdulaziz bin Salman, in St Petersburg when he made an unexpected appearance at a Russian economic summit. OPEC+ leaders Saudi Arabia and Russia have reaffirmed their commitment to the agreement, despite Russia’s war with Ukraine and a drop in Russian oil production as a result of Western sanctions.

According to the OPEC+ agreement, Russia’s output is anticipated to be more than 1 million barrels per day (bpd) below its goal level.

Sergey Lavrov, Russia’s foreign minister, and Prince Faisal bin Farhan Al Saud, Saudi Arabia’s, indicated earlier this month that the OPEC+ coalition is robust, with a high degree of collaboration inside it.

In May, reports surfaced that some OPEC members were considering expelling Russia from the expanded cartel, citing the impact of Western sanctions on Russia’s production. Since then, Saudi Arabia and Russia have emphasised the importance of their OPEC+ collaboration, albeit the OPEC+ group has been silent on Russia’s substantial quota deficit since Western consumers turned away from its petroleum.

OPEC+ opted to accelerate its monthly oil output rise to roughly 650,000 bpd at its most recent meeting as it seeks to compensate for dropping Russian production amid expectations of robust fuel demand this summer. Saudi Arabia and Russia each have a quota of 10.833 million bpd in July, according to OPEC’s output table.

The proposal to include liquefied natural gas (LNG) in the rubles-for-gas programme was made public on Monday by a top ...
2nd June 2022

Despite a report in the Wall Street Journal yesterday that the OPEC+ alliance was considering suspending Russia from the agreement, details ...
24th May 2022

The EU has put an end to the lingering ambiguity surrounding how EU members can pay for Russian gas without ...
6th May 2022

According to Reuters, Chief Executive of Shell, Ben van Beurden, told journalists on Thursday that there is no way to ...