The state-owned geological company of Russia, Rosgeo, has completed the first phase of its geological mapping project in Rio Muni in Equatorial Guinea and will be moving to the second phase soon.

Earlier this year, the Ministry of Mines and Hydrocarbons, Equatorial Guinea signed two service contracts for the exploration program with subsidiaries of Rosgeo, JSC Zarubezhgeologia and JSC Yuzhmorgeologia. 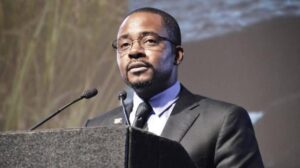 The Minister of Mines and Hydrocarbons, Gabriel Mbaga Obiang Lima said, “The geological mapping project undertaken by Rosgeo in Rio Muni is not only a new pillar of energy cooperation between the Republic of Equatorial Guinea and the Russian Federation, but could also shape the future of our natural resources industry. Our mainland is one of the richest regions of the country for mining and minerals, which we have identified as strong sectors to diversify our economy and create jobs. We have also always believed in the onshore hydrocarbons potential of the region, and understanding its geology will prove extremely beneficial to support future oil and gas activities there, which could be carried out by local operators.”

A Chevron Company, Noble Energy ED Limited, has achieved the first gas flow from the safe and successful execution of ...
24th February 2021

TDI-Brooks International has completed a geophysical and geotechnical (G&G) campaign for Trident Equatorial Guinea, in the Elon field, off the ...