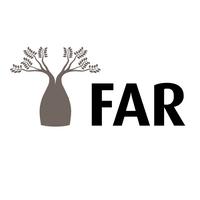 FAR Limited has executed a Sale and Purchase Agreement (SPA) with Woodside for the sale of its interest in the Senegal RSSD Project. FAR Shareholders are to consider the deal with Woodside at a meeting scheduled for February.

In November 2020, FAR entered into a SPA with India’s ONGC Videsh for the entire interest of FAR’s Production Sharing Contract (PSC) for the Rufisque, Sangomar, and Sangomar Deep offshore Blocks, offshore Senegal. In December 2020, Woodside pre-empted FAR’s sale to ONGC.

Also, in December 2020, FAR received a conditional non-binding indicative proposal from a private investment fund, Remus Horizons, to engage in further discussions to acquire 100% of FAR’s shares. Remus proposal was conditional on FAR shareholders meeting that was originally scheduled for today, 21st January 2021 but has been postponed to 18th February 2021. The deal is also conditional on the sale to Woodside.

FAR said it will provide shareholders with further information in advance of that meeting to enable them to consider the Woodside sale in the context of the Remus proposal, should Remus provide the company with a binding proposal before the shareholder’s meeting.

Lukoil Withdraws from Purchase of FAR’s Interest in Senegal Project

Australian oil and gas company, FAR Ltd, has announced that Russia's Lukoil will not be making a legally binding takeover ...
16th March 2021

FAR Updates Shareholders on Sale of its RSSD Interest to Woodside

FAR Limited has provided an update for the non-binding indicative proposals the company has received, and it has provided a ...
12th November 2020

FAR Limited has confirmed the transfer of its assets to Indian ONGC Videsh Vankorneft through an ‘RSSD’ Sale and Purchase ...
28th August 2020

FAR Limited has announced it will not be exercising its pre-emptive right to the proposed transfer of Cairn Energy's interest ...