In a statement, the Authority said: “Apart from changes in Fuel Levy and Petroleum Fee, changes in local prices are also due to changes in the world oil market prices and BPS premiums.”

Due to depleting inventories at the Tanga and Mtwara port storage facilities, EWURA recommended fuel station operators in the northern and southern regions to get kerosene from Dar es Salaam, forcing further upward price modifications of that particular product due to transportation costs. 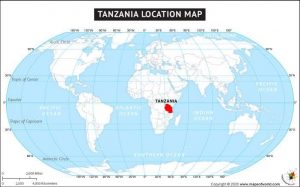 Due to healthy shipment stockpiles at its port, Dar es Salaam pricing is lower than the rest of the country, compared to the Tanga and Mtwara ports.

Prices in the northern and southern districts, which are served by the Tanga and Mtwara ports, respectively, increased marginally, but prices in Dar-served regions, including the administrative capital Dodoma, also increased as the distance from the coast increased.

Importation of Fuel and Diesel Will Rise by 52% and 30.9% Respectively in August – EWURA Tanzania

The Energy and Water Utilities Regulatory Authority (EWURA) of Tanzania announced that fuel importation will rise in August following the ...