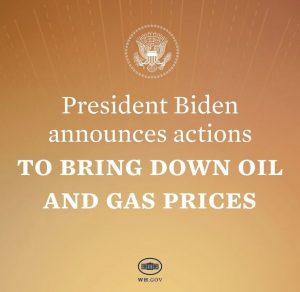 President Biden’s failed attempts to persuade OPEC+ to increase production at a faster rate than the organisation had planned—a monthly increase of 400,000 barrels per day until the group’s complete production volumes have been restored—led to the SPR release.

OPEC+ warned those oil-producing nations in the days leading up to the release that it would respond to a coordinated SPR release. OPEC+ said at the time that it might reconsider its plans to increase production, though it did not specify how much.