This is the second Tunisian acquisition concerning SLK made by Zenith Energy and it takes the firm’s total conditional interest to 45%. In April 2020, Zenith announced the signing of a conditional SPA for the acquisition of the working interest of KUFPEC (Tunisia), a 100% subsidiary of Kuwait Foreign Petroleum Exploration Company K.S.C.C, a subsidiary of the State of Kuwait’s national oil company.

The company is still expecting regulatory approval from the Comité Consultatif des Hydrocarbures (CCH) of the Republic of Tunisia to the acquisition from KUFPEC.

In the latest acquisition, the seller holds an undivided 22.5% interest in the Tunisian Acquisition, together with 25 Class B shares in Compagnie Tuniso-Koweito-Chinoise de Pétrole (CTKCP), the operator, representing 25% of the issued share capital of the company.

The consideration payable by Zenith Netherlands to the seller under the conditions set out in the SPA is $300,000. The completion is also pending approval from the CCH. Upon completion, Zenith’s working interest in SLK will translate to the daily production of approximately 300 barrels of oil per day.

In the release by Zenith, the Chief Executive Officer, Andrea Cattaneo was quoted saying: “We are delighted to have concluded this transaction with CNPCI. The Board of Directors is highly satisfied with the favourable commercial terms agreed in relation to Tunisian Acquisition. Upon Completion, the Company will have material daily production revenue and an exciting future in developing the Sidi El Kilani asset in partnership with Entreprise Tunisienne d’Activités Pétrolières (ETAP), the state oil company. We are also very pleased to have increased our presence in Tunisia; a safe, democratic jurisdiction with a long-established history of successful oil and gas production activities for independent companies such as Zenith. The Company has developed a very constructive relationship with CNPCI, and we look forward to exploring further opportunities for mutual cooperation in due course.” 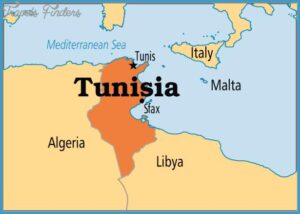 Sudan Invites Investors to her 6 Billion Barrels of Oil Reserves

The Undersecretary of the Ministry of Energy and Mining, Sudan, Suleiman Hamed, said that the oil reserves in the country are ...
1st December 2020

The Deputy Minister of Energy and Mines, Sudan, Hamid Suleiman, disclosed that Sudan is owing to China, India and Malaysia, ...
17th September 2020

ONGC Terminates EPSA; Exits from Sudan due to Unsettled debts by the Sudanese Government

According to reports, the overseas investment arm of the state-owned firm, India's Oil and Natural Gas Corp, ONGC Videsh Limited ...