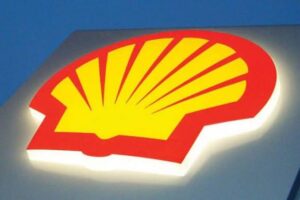 The Royal Dutch Shell has announced plans to cut 7,000 to 9,000 jobs in response to the fall in global oil demand caused by the coronavirus pandemic.

This comes five months after the oil giants cut its dividend for the first time since the second World War. Shell said the cuts includes 1,500 people who are taking voluntary redundancy and it would be implemented by 2022.

The time for the job losses was not disclosed but the decision was described as “an extremely tough process” by the Chief Executive of Shell, Ben van Beurden.

Shell is a global employer of 83,000 people, including 6,000 in the United Kingdom, but the global pandemic has caused the company to record losses this year. There was a 46% fall in the first-quarter net income to $2.9 billion, while the income in the second-quarter fell by 82% to $638 million.

The company hopes that the job cutting programme, a part of the cost-cutting drive, will deliver annual saving of $2 billion to $2.5 billion by 2022.

“We have had to act quickly and decisively and make some very tough financial decisions to ensure we remained resilient, including cutting the dividend.”

“But as hard as they were, they were entirely the appropriate choices to make. And Covid-19 has hit us in another way. We have, very sadly, lost six employees and six contractor colleagues to the virus.”

“It is very painful to know that you will end up saying goodbye to quite a few good people. But we are doing this because we have to, because it is the right thing to do for the future of the company.”

“[Shell had to be] “a simpler, more streamlined, more competitive organisation that is more nimble and able to respond to customers.”

“We will have some oil and gas in the mix of energy we sell by 2050, but it will be predominantly low-carbon electricity, low-carbon biofuels, it will be hydrogen and it will be all sorts of other solutions too.”

In a statement to the Tadawul Stock Exchange, where the Company shares trade, the world's largest oil-exporting company, Saudi Aramco, ...
18th December 2020

At the Virtual 19th Nigeria Oil and Gas Conference that held on Tuesday, 8th December 2020, the Secretary-General of the ...
20th November 2020

Amidst the fear of the second wave of COVID-19 and the hike in the price of petrol in some countries ...