Italian oil and gas giant, Eni, reports that the first cargo from the Damietta liquefaction plant in Egypt has been successfully produced and lifted.

The event represents an important milestone in the process to complete the agreement reached on the 1st of December 2020 to settle all pending dispute between the parties and restart operations at the plant. The cargo is the first LNG cargo produced at the terminal after it was shut down in 2012.

According to Eni, “The agreement comes at an important moment, when also thanks to the fast time to market of Eni’s natural gas discoveries, especially the ones in the Zohr and Nooros fields, Egypt has regained its full capacity to meet domestic gas demand and can allocate surplus production for export through its LNG plants.” 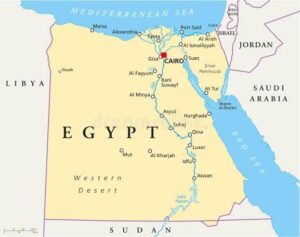 Pharos Energy has received provisional approval from the Egyptian General Petroleum Corporation's (EGPC) Main Board to an amendment of the ...
4th April 2021

The Director-General of hydrocarbons at the Tunisian Ministry of Industry, Energy and Mines, Rachid Ben Dali, said that the departure ...
1st April 2021

Several Vessels Waiting to Pass-Through Suez Canal as it Reopens

After the unblocking of the Suez Canal on Monday, 29th March 2021, several Liquefied Natural Gas (LNG) and other vessels ...