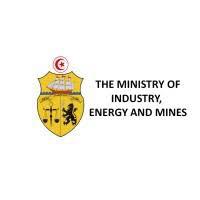 The Director-General of hydrocarbons at the Tunisian Ministry of Industry, Energy and Mines, Rachid Ben Dali, said that the departure of Italian oil and gas group, ENI, from Tunisia is attributed to the company’s decision to stop its fossil fuel exploitation activities to invest in clean energy.

He disclosed this during a press conference on Thursday, 1st April 2021, stating that ENI decided to exit the North African country to invest in more profitable fields in the African continent, like in Egypt and Mozambique.

He said that agreements have been concluded by the Tunisian government and ENI for the Italian company to sell its shares to another party that is at the same financial and technical level. The file is being managed by the Consultative Committee of Hydrocarbons and so far, no other Company has applied to take over the shares.

He also noted that Anglo-Dutch company, Shell, has no intention of giving up its activities or exiting the country.

He said the resumption of oil activities in Tunisia is dependent on a favourable investment climate and a stable social situation. Oil activities in the country dropped by 50% in 2020, in comparison to 2010. The national production of hydrocarbons which stood at 7 million tonnes of oil equivalent in 2010 was less than 4.5 million tonnes of oil equivalent in 2020.

Also commenting, the Director of Exploration at the Directorate General of Hydrocarbons, Rania Mazouki, said the decline is due to the non-renewal of the national stock, as the number of issued permits dropped from 52 in 2010 to 23 in 2020.

She added that no research and exploration permit was granted for three consecutive years (2014, 2015 and 2016), only six permits were granted in 2019 and only four permits will be granted in 2021.

Pharos Energy has received provisional approval from the Egyptian General Petroleum Corporation's (EGPC) Main Board to an amendment of the ...
1st April 2021

Several Vessels Waiting to Pass-Through Suez Canal as it Reopens

After the unblocking of the Suez Canal on Monday, 29th March 2021, several Liquefied Natural Gas (LNG) and other vessels ...
31st March 2021

Petroleum Geo-Services (PGS) has been awarded a high-fidelity 3D exploration program offshore Egypt. The survey is to be acquired using ...