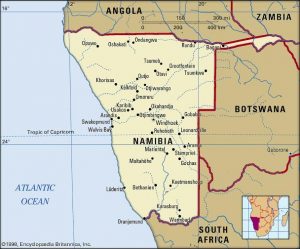 The Ministry of Mines and Energy said the reason for the increase is the major dynamics of demand and supply in the international oil market, which means the price regulators “will have to continue making these hard and painful decisions.”

The Ministry recognised that increase will continue to put inflationary pressure on the prices of goods and services in the country. It will further harm a Namibian economy that is already weakened by recession due to the impact of COVID-19.

A statement from the spokesperson of the Ministry, Andreas Simon, read: “The major price instabilities in the international oil market have not yet stabilised over the last three months. Firstly, the ministry has observed that this year alone, the prices of oil have increased by more than 30% due to the steadfastness of OPEC and other major producers to keep oil production to a certain minimum. Secondly, oil demand is consistently recovering with many economies that are optimistic about emerging from the coronavirus crisis. Thirdly, the biggest economies in the world such as China, the USA, and the EU are expected to record significant growth in the current year after major downturns in 2020. This projected economic growth will be accompanied by a huge demand for oil products, further pushing international oil prices upwards.”

The Ministry said the current pump prices are still not reflective of the actual market prices in the market as the local retail industry still recorded an under-recovery of 117 cents on petrol and 85 cents on diesel.

Botswana According to a press release from Botswana Energy Regulatory Authority (BERA), retail prices of unleaded petrol 93 and 95 ...
3rd March 2021

In a statement issued in Lagos, Nigeria, on Tuesday, 2nd March 2021, the Director of the Department of Petroleum Resources, ...
17th January 2021

The Kenyan Energy and Petroleum Regulatory Authority (EPRA) has announced an increase in the prices of Super Petrol, Diesel and ...